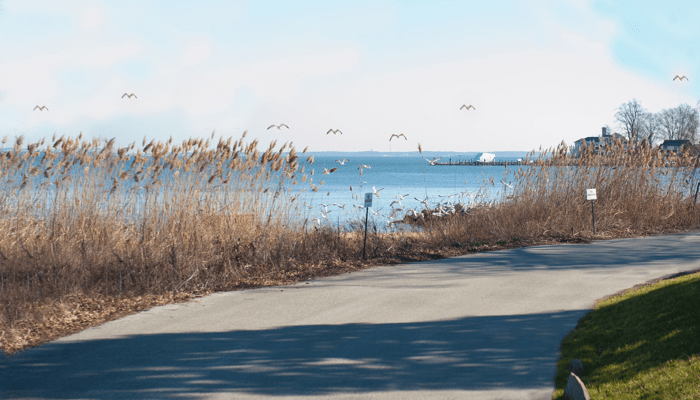 ARPOA continues to use Cutting Edge for snow removal, plowing, salting, and pretreating. This company has provided snow management services to Annapolis Roads for ARPOA owned roadways satisfactorily for many years.

Cutting Edge will plow/treat based on forecast and actual snowfall. As an example, if 2-4 inches “all day event” is forecast, they may begin plowing between 2-4 inches. An accumulation of snow may necessitate additional plowing.

Each storm is considered to be one event. Residents can expect their roads to be plowed no later than 2 hrs. after snow stops to clear/treat a final time. For ice events, Cutting Edge will perform 2 salt treatments. Pretreating will be dependent upon forecast and conditions.

Plowing/treatment will be performed in geographic order beginning at the entrance of community:

Annapolis – What’s Up Media reports:
ANNAPOLIS, MD – [Source: What’s Up Media] – Annapolis’ first snowstorm of the winter season dropped between 8 and 12 inches of heavy, wet snow on the City. The Department of Public Works has had drivers out since 3 a.m. salting, de-icing and plowing roadways, but branches and downed trees have complicated the effort. The City announced on Monday afternoon that Department of Recreation and Parks workers have been diverted to work with DPW to “cut and toss” limbs and trees out of roadways in order to make way for plows.

In Annapolis Roads, as we all know, it was much the same.
Not only did fallen limbs and trees complicate snow removal, but so did fallen and suspended still energized power lines.

As reported during our ARPOA Board meeting, 9-1-1 callers – myself included, were placed “on hold”. When dispatch was able to take the call to refer it to AA County fire dispatch, some callers were again placed on hold.

County roads which were blocked by fallen limbs, trees, and yes, those energized wires, impacted the ability of ARPOA snow plow services to plow some of our ARPOA roadways in a timely manner because they couldn’t get to them.

BG&E contractors closed portions of some roads – including Ogleton due to those downed live wires, and also blocked them with their vehicles with outstretched outriggers while they worked to restore power to the community. The County plowed Carrollton Road in the afternoon and Ogleton Road wasn’t plowed until after midnight.

As always, Annapolis Roads to be an amazing place to live. Residents checked on vulnerable residents, assisted motorists, and plowed/shoveled driveways. Some who had alternate heat sources or generators moved neighbors to their homes for warmth and safety.

Other residents took to chain saws and tow straps to remove fallen trees and limbs so plows and BG&E resources could get through. Angus Phillips reported he had cut/moved limbs on Land’s End. John O’Toole and Joe Stensland opened Ogleton Road (see photo below). Others opened Jenniper Lane and Jim Gibb removed debris on Carrollton Road. Still others who are unidentified assisted as well. To all, a huge thanks!

Doug Minion, ARPOA Forest Steward is asking for a group of volunteers to work together to clear the hiking paths in Ogleton Woods. A lot of limbs came down, and there is significant damage to many of the holly trees.

The desire is to safely remove downed limbs that are blocking paths or impeding hikers, while saving as many of the holly trees as possible. This is a group effort – for your safety, no one should be clearing the paths with a chain saw working alone.

Doug has asked Joe Cox to lead the effort and Rahul Paris has volunteered to assist. We are looking for individuals who can help on a weekend. If you are interested and able to assist, please send your name and contact information to info@annapolisroads.net (mailto:info@annapolisroads.net) with the subject line “Ogleton Woods Paths”. Please also include if you have a chain saw to bring for the effort or pruners, loppers etc. More information will be forthcoming about proposed dates and times. Stay tuned!
COUNTY ROADWAY DEBRIS

As discussed during the monthly ARPOA Board meeting, the Board received notifications of storm related debris on County owned roadways following the past storm. The County was notified and work numbers assigned. County-wide events, of the magnitude of the recent storm impact available resources in the area. Crews are typically dispatched based on availability, the extent traffic is disrupted, and the perceived/reported level of danger.

Residents are reminded to report public works and roadway concerns via info@annapolisroads.net (mailto:info@annapolisroads.net) . Urgent situations can be reported by calling 410.224.3545. Please be prepared to describe the situation and provide the closest street address for the location of the hazard and specifics (e.g. Describe the hazard? If a fallen tree or limbs, is it extending into or is it across the travel lane? Which side of the road – in-bound or out-bound? etc.).

Anyone who prefers to report the roadway hazard on County roadways within the community directly, may do so by calling the Anne Arundel County Bureau of Highways, Southern District at 410-222-1933. [For a list of County roadways, see “Snow Removal – ARPOA Roadways” in this update.]

We urge everyone to observe the 25mph speed limit in the community and to slow down according to roadway conditions such as depth of snow, icy conditions, visibility, and diminished roadway widths.
Please be prepared to share the road with pedestrians and bicyclists…
ARPOA SHREDS 2021 ANNUAL MEETING BALLOTS

As promised, ARPOA’s 2021 vote counting team members Jill Mandel and Helen Pate, joined ARPOA President Linda Dodge to shred the 2021 ballots on 1/2/2022. Jay Donnelly was unable to attend due to a prior engagement.

Please, take care. Be safe.
Best wishes on behalf of the Annapolis Roads Board of Directors,